This summer's Alive @ Five schedule is out, and it's chock-full of pure 90's love! Soul Asylum, Marcy Playground, The Gin Blossoms!?! It's simultaneously cool and kind of depressing that these are all bands that I listened to in college so, so long ago.

Oh yeah, The Beach Boys and George Clinton will be performing too. But forget about them -- I'm busting out my Doc Martens, flannel shirts, and a can of Crystal Pepsi!

Posted by Streets of Stamford at 2:00 PM 2 comments:

Battle of the Bands!!

If you've got a band and like to battle other bands, you should sign up for Stamford Downtown's aptly named Battle of the Bands!

After a competition as complicated as the NCAA basketball tournament, three winners will earn a spot at Alive @ Five!

If you're interested, enter at the 95.9 The Fox website by April 30th. Bands selected to compete will be notified and will play May 21st, 2010. Six bands will be chosen to move to the Next Round and will play "Bedford Street Promenade" happening June 12th, 19th and 26th, 2010. Three winners will then be selected to play Alive @ Five!!

Bedford Street Promenade sounds like they're going to close down Bedford Street to traffic Saturdays in the summer so the bands can play and restaurants and pedestrians can take over the street! (Some people will no doubt complain about how AWFUL it'll be to drive around downtown those days, but too bad!)

Check out my band's video below, but make sure you're sitting down because it will ROCK YOU OUT OF YOUR MIND.

Down with bottled water!!

If you lament the scourge of bottled water that's plaguing our landfills and oceans with its detritus, head to Audubon Greenwich this Friday at 6:30 p.m. for a wine and cheese reception followed by a screening of Tapped. From their press release: "This documentary about the bottled water business is a timely behind-the-scenes look into the little known world of the water industry. From pumping the water, to plastic production, to the ocean in which so many of these bottles end up, this film trails the path of the bottled water industry and communities where the water is drawn."

As an added bonus, the producers of the film will be on-site to field questions from the audience after the screening. But wait, there's more! They will also host Kim Jeffrey, the CEO of Nestle Waters, for a question and answer session. And that's not all! There will also be a bottle exchange during the reception, so bring an empty plastic water bottle and get a brand-new steel water bottle from the film’s producers (while supplies last).

Space is very limited. $10/person online (+ the $2 service charge). $15.00 at the door, but only if space permits. Here's a link to the event at Audubon Greenwich's website.

Courtesy your favorite local blogger, here's another look at the true story of bottled water:
(Here's the link in case you can't see the whole video: The Story of Bottled Water.)

Building on Stamford Notes' thoughts about Mayor Pavia's cut-and-burn campaign, I want to chime in on a big story that none of us in the local blogosphere have touched on - the threatened closures of the Bennett, Weed and South End branches of our public library.

It is foolish, short-sighted and completely unacceptable to close a single library or branch. Without a quiet place conducive to reading, where do you think many of Stamford's children are going to spend the time they would've spent at the library? Probably in front of the TV or on the computer.

When did we as a society decide that our children didn't deserve the best possible resources for expanding their minds and enriching their lives with knowledge? They've already lost music and art classes - not to mention P.E. and recess.

I spent countless hours after school reading about far-off places and historic figures. I read the whole Encyclopedia Brown series. I played Where in the World is Carmen Sandiego? on an Apple IIg. Heck, it was at the public library that I first discovered Frankenstein and Dracula, leading to a life-long love of horror!

Find the money. Don't kick our kids out of the library and hope they'll learn somewhere else.

Andrew Carnegie is rolling over in his grave.
Posted by Streets of Stamford at 2:40 PM 4 comments:

Can you believe it's already been six months since you and/or your kids got sugared up and ran around town in a costume? In my case, it's been [checks watch] four hours.

To celebrate this momentous half-year, you should check out the Greenwich Jaycees' Halfway to Halloween fundraiser! It takes place on Friday, April 30th, at BUtterfield 8 and benefits the Jaycees and the Connecticut Chapter of the National Multiple Sclerosis Society. Tickets are $65 per person or $120 per couple.

The main event will be a performance from local improv troupe World Class Indifference, and there will also be a silent auction and a DJ.

So grab your lady or man, dig out those old Sonny & Cher outfits, and head on out to support these great causes! As for me, I'm going as Ron Burgundy. 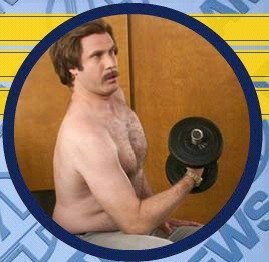 Posted by Streets of Stamford at 2:34 PM No comments:

NPR on transportation problems in Hartford

The Feb. 9 episode of NPR's Where We Live was about transportation systems and place-making in Hartford. (This was actually a rebroadcast from Jan. 11th.)

The host, Jon Dankosky, talks with community transportation activist Toni Gold about the disappearance of streetcars; suburban sprawl; a rail link between Hartford and Springfield, MA; the scourge of automobilization; and Hartford's pie in the sky: burying I-84!

Here's a great quote from Toni Gold:
"Transportation, and the circulation systems of every type, whether it's walking or trains, organizes cities and how people move around them -- and it can do that for good or for ill. We need in Hartford, for example, narrower streets, wider sidewalks, more transit, less cars, more bikes, and more pedestrians." (Sound familiar? This is a common gripe among residents, officials and planners in Stamford, too!)

And another: "You don't get street life when your streets are devoted mainly to cars."

They also talk about the proposal to bury the much-maligned I-84 Viaduct that cuts through downtown Hartford, like Boston's Big Dig (though on a much smaller scale, of course). It sounds expensive and crazy, but it's going to cost billions to maintain and/or replace it anyway, so why not do it in a way that reclaims a portion of the city above ground? Heck, a crazy planner once proposed burying the FDR Drive to reconnect Manhattanites to the waterfront!

Here are a few articles about the I-84 Viaduct: I-84's Viaduct in Hartford Needs Replacing; Hub Project Moves Ahead. It's a shame that at a certain point in time, we decided that cities were best fled from in the fastest way possible. Otherwise, we wouldn't have awful messes like this Viaduct, the BQE, and the Cross-Bronx.

A great discussion ensues at about the 34:00 mark when David Lee, the general manage of CTTransit, calls in regarding Hartford's current bus system and compares it to possible streetcars. He asks whether we can accomplish the same thing with rubber tires that some people want to do with steel wheels.

The March 18th show was about smart growth in Portland, OR, and the April 5th show was about "the suburb of the future," but those are for another blog entry!
Posted by Streets of Stamford at 2:00 PM No comments:

Hey, you! Yeah, you! Do you like the beach? Do you like historic luxury inns? If you do, then you're in luck because the Chesterfield Inn is for sale!

For the low, low price of $2.75 million, you can buy your very own bed-and-bed (breakfast not included)!

You won't just get one room -- not two -- not even three! You'll get NINE rooms that you can rent by the night! And we can guarantee you that Janet Leigh has never been stabbed to death in the shower! 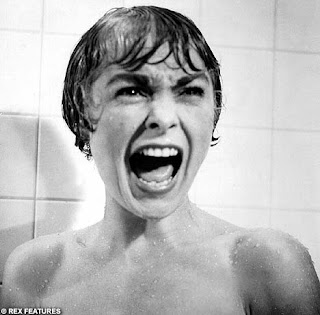 But wait, there's more! Buy now and you also get this amazing deal!

We'll even throw in one year of complimentary service from our resident innkeeper Norman!

But hurry! This place won't last! Just remember to keep a light on for Mother... 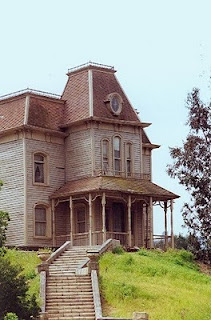 Posted by Streets of Stamford at 9:47 AM 2 comments: