Pop quiz: What do Bridgeport, Danbury and New London have that Stamford doesn’t?

Now, why do these crummy cities have teams when Stamford doesn’t? 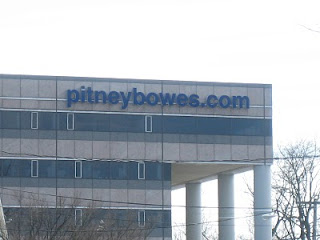 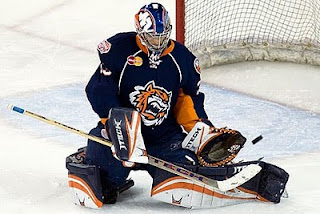 You might be familiar with the Bridgeport Sound Tigers, the minor-league hockey team that plays at the Arena at Harbor Yard. But did you know that that arena was originally proposed for the South End?

It’s true. It was all part of the Admiral’s Wharf plan a few years back; this plan included a housing complex, waterside park, ferry service, office buildings, hotel and corporate training center (some of which will be in the Antares South End project). There was also a proposal to build a sports and entertainment arena somewhere down there, but nooooo…big, bad Pitney Bowes said that they didn’t want the additional traffic, and threatened to move their manufacturing out of Stamford if the arena were approved, so the arena proposal was dropped.

Guess what PB did not long after that? MOVED THEIR MANUFACTURING OUT OF STAMFORD. You can’t make this up. Industrial giant strong-arms small city, then screws it. Film at 11.

Why were they complaining anyway? Most events would’ve been held at night, when PB employees would already be gone. Maybe they preferred their current surroundings? Have you ever driven down by the Pitney Bowes factory? 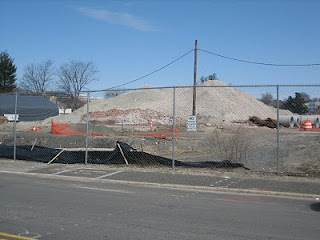 It’s a freakin’ wasteland! I half-expected a gang from The Road Warrior to come and chase me away. 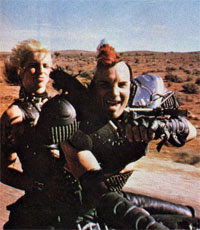 So the good people of Stamford miss out on having a first-class sports and entertainment venue, where we could go to see Hannah Montana, Cirque du Soleil or Sesame Street on Ice. (I do, however, find it ironic that in a reverse of the trend where cities are blackmailed into building stadiums, Stamford was blackmailed to not build one.)

I really wish they had built the arena down here. It would draw people from Westchester, Putnam County, northern Fairfield County, and even Bridgeport, since they’d be going against rush hour traffic. One of the biggest reasons the Arena at Harbor Yard and its resident sports team aren’t doing so well is because many people from this part of the county aren’t going to sit in an hour of traffic (or more) to see a hockey game - at least not that often. Now if you put that arena at the opposite end of the traffic problem, people don’t have to fight the traffic.

In my previous post about the Ritz-Carlton, some people said that the city should focus on filling “the hole” next to the mall. Wouldn’t a downtown arena be the perfect addition to Stamford? It would be the freakin’ crown jewel of Fairfield County. They would even have a ready-made parking garage in the mall next door!

So thanks, Pitney Bowes! As a show of my disdain, I will never use one of your postage meters. I’m quite happy licking my own stamps (yes, I even lick the self-adhesive ones). 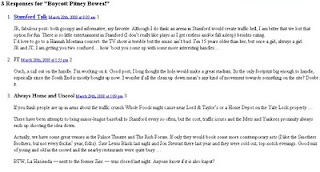 Posted by Streets of Stamford at 9:00 AM